If you've come to check out the latest that have been happening at Carlisle Bus, you've come to the right place. Our past goings-on, previous events and completed activities can be found on this page.

We update the page periodically when something noteworthy has been going on, however we also have a rolling Facebook News Feed at the bottom of this page that is sometimes updated more regularly. Check it out!

It was today marked the end of painting the exterior of 1005. Our Olympian is now in the base colours of the cms Carlisle Bus livery, looking superb here sat in the paint shop at Stagecoach Carlisle's Willowholme depot. 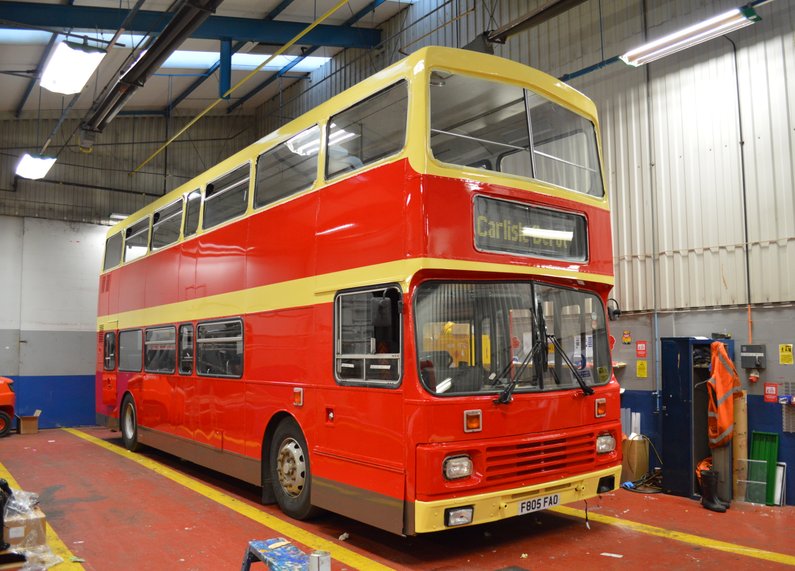 With only some minor touching up to do, the only painting jobs to do now is to sand the wheels down and repaint them NBC style grey to freshen them up. The tyres will also see some black paint applied to them.

As seen in the latest photos, the rear bumper needs to be refitted and we will hopefully be sorting the fog lights out this weekend, as well as reinstating the original chrome headlight surrounds and the Leyland/Alexander badges. The Carlisle Bus vinyls and other decals are still to applied. 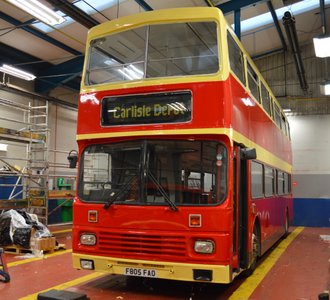 Looking much more like herself, 1005 sits in the paint shop at Willowholme. 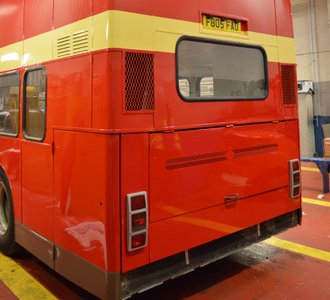 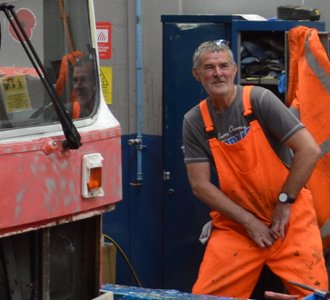 Our thanks go to Stephen Douglas, who has done a cracking job at repainting 1005.

Everyone at Carlisle Bus would like to thank our painter, Stephen Douglas. "Dougie" has been a bus painter for 28 years now, so we all knew that 1005 was in the most capable of hands - 1005 looks fantastic, looking fresh from the factory!

Work will now continue at pace with other minor jobs to finish it off, with updates to follow over the coming weeks. So stay tuned! 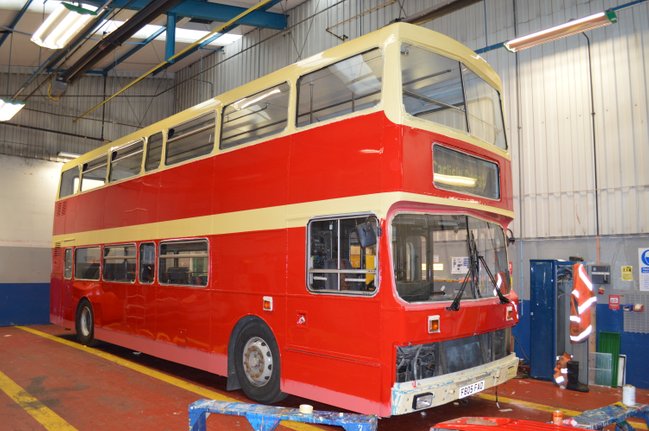 The tubs of paint have been open all day at the depot as more 'red' goes into the Carlisle Bus livery on 1005. The repaint is coming along really well, with almost all of the final red gloss now applied to the bodywork.

A further update from the paintshop today, with the red undercoat on 1005 now complete.

The front and rear bumper, plus the front grill are all that is left to undercoat before pull attention can be given to painting the top gloss coat. 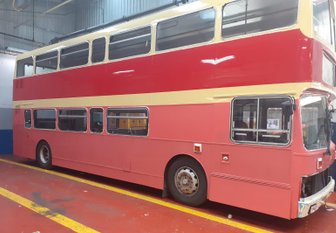 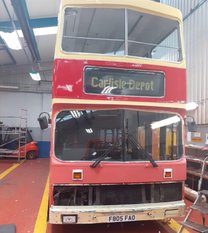 With the turn of the weekend, the attention of the Willowholme paintshop was back on 1005, continuing the task of repainting the vehicle into cms Carlisle Bus livery.

The final cream gloss coating has continued to be applied to the cream undercoat on the roof and central horizontal stripe. Our painter, Stephen Douglas, has also made a start on applying the familiar Cumberland Motor Services red to the band between the upper and lower deck windows.

Arthur Brown, who is our bodyman, also took the opportunity to fine-tune some previous minor bodywork preparation before paint is applied.

The glossy texture and shine of the red being applied has completely changed the look feel of the bus when you walk into the paintshop and see it - it is really rewarding to see the livery coming together. 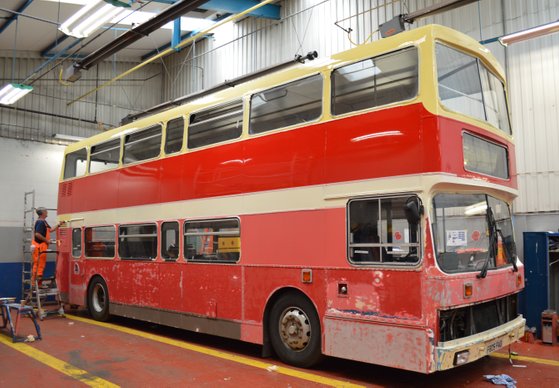 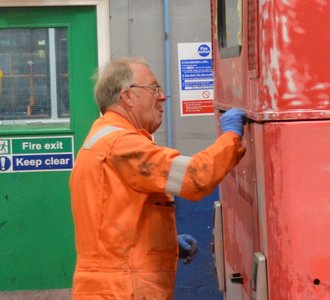 Our bodyman Arthur Brown carries out some final  bodywork preparations around the engine door. 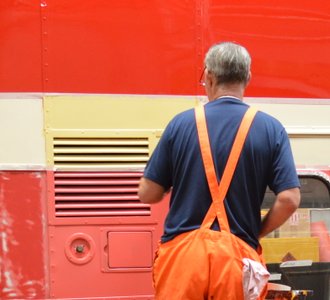 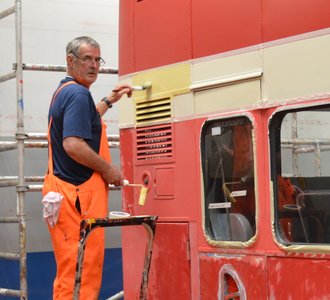 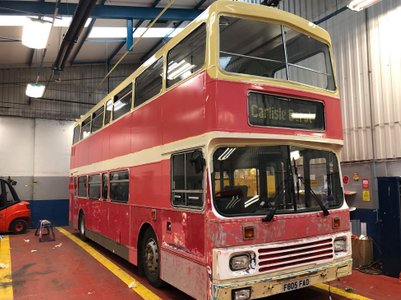 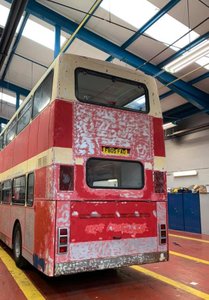 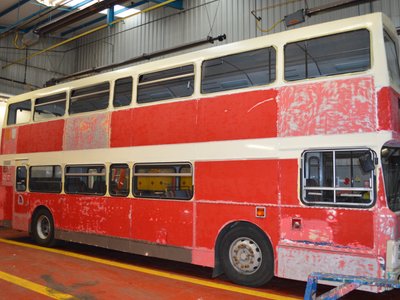 With the relaxing of the Covid-19 lockdown, on the evening of Tuesday 12th May our Carlisle Bus Olympian 1005 was moved into the paint shop at Carlisle's Willlowholme depot, to commence its repaint journey into Carlisle Bus livery. Our painter Stephen Douglas, who works in the Stagecoach paint shop, has began with the cream undercoat.

The bus has been in a rubbed down state for a number of months now, longer than anticipated, so it was a welcome site for our group to see fresh paint applied to 1005. The Carlisle Bus decals and graphic will soon be ordered too. 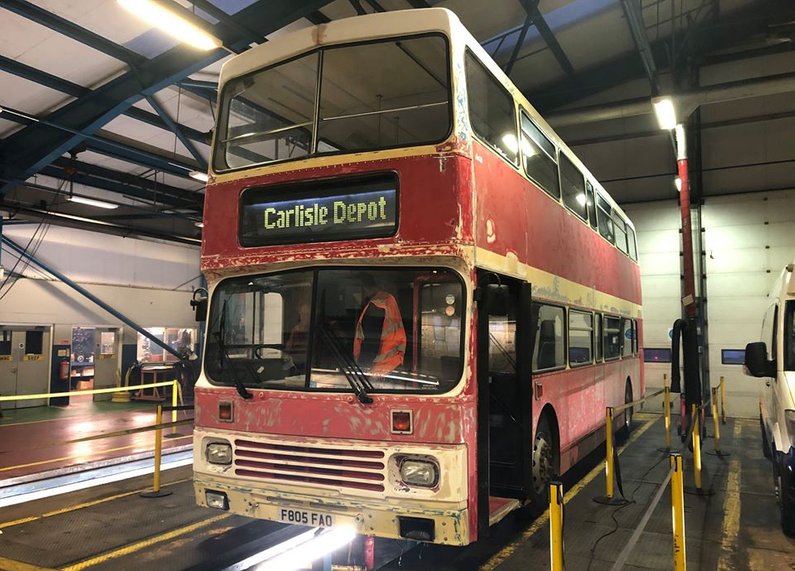 The bodywork repairs have now been completed on 1005, and is ready for repaint in the near future. Tonight, work turned to solving some of the electrical gremlins on the bus.

Saturday was another productive day down at the depot working on the 1005 in readiness for the rally season. The main task of the day was to improve the appearance of the emergency exit door. The result saw the fitting of new formica grey laminate to the bottom half of the door and new checker-plate metal. When the door is closed, the checker-plate safely covers the battery isolator switch under the back seats and provides a 'kick plate' to the bottom door.

Another task of the day was the removal of the floor coverings and more seats have been replaced. Only a couple of seats are left to be re-trimmed.

Two years ago we laid new flooring to the bus and much of it has been hidden away under a plastic protective covering ever since it went down, so to not damage it while we carry out restoration works. With much of the internal refurbishment works now complete on the bus, we removed the protective covering off the floor in the saloon for the very first time, which has given us a real feel of how close the bus is to completion.

Some very minor panel work still to be completed is next on the agenda, before the the bus can go into the paintshop to be repainted back into it's iconic red and cream colours. 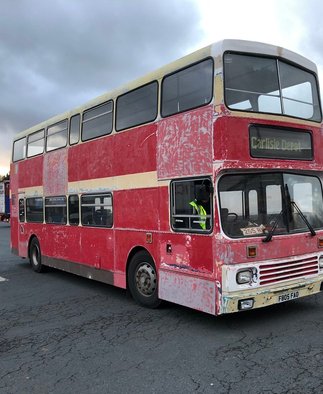 Over the weekend of the 8th and 9th February 2020, Storm Ciara hit the North of England. Heavy rainfall from Ciara caused severe disruption, and as a result the Environment Agency issued 186 flood alerts across the UK.

On the Sunday evening, it was announced that Stagecoach Carlisle's depot flood evacuation plan would be put into action for the second time in five years - where all vehicles in the depot would be relocated to areas of higher ground within the city. The evacuation plan was created in the wake of the catastrophic floods of 2005, where many buses were lost due to the flood water.

With Carlisle Bus Leyland Olympian 1005 being stored at the depot, it was necessary to move the vehicle. 1005 and a number of other Stagecoach vehicles undergoing maintenance work were moved to a secure site at the M6's Junction 42 Services. Serviceable Stagecoach vehicles were parked around the city's bus station and Lowther Street. Luckily rising floodwaters did not reach the depot on this occasion.

In 2015, a similar exercise was carried out where 1005 was moved to Penrith depot when Storm Desmond hit. At the time, 1005 was partway through heavy restoration work and had many windows removed, and with the bad weather, 1005 sat out in the rain for much of the storm so required much clean-up work once it returned to a dry depot. The 2015 storm did flood the depot, so evacuation was needed after all.

Photos from Storm Desmond in 2015 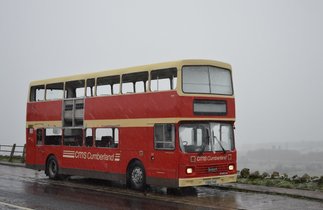 1005 missing some windows and panels when on transfer to Penrith to escape the flooding of 2015. 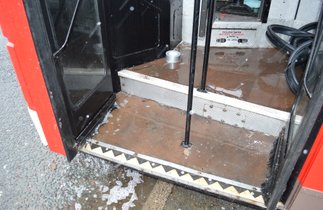 The aftermath of unavoidable being stored outside at Penrith depot partway through restoration work. 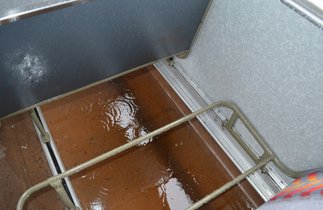 Due to the extream weather of Storm Desmond in 2015, 1005 suffered quite a downpour internally. 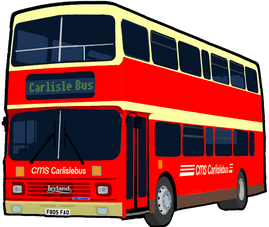 Our Facebook Page rolling news feed is sometimes updated more frequently than the news articles on this page. You don't need to be a member of our Facebook Page to view this news (or Facebook infact).

HISTORY OF BUSES IN CARLISLE